by Shelley Cooper from the January 4, 2021 issue 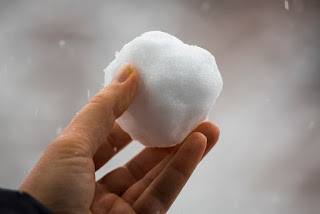 Tagline: In the midst of a snowball fight with her nephews, Maeve joins forces with their handsome neighbor, Simon...and gets hit with a surprising new chance at love.

Observations: Shelley Cooper has done it again. I loved this story! This is my favorite part:

Since she wasn't one to get a dare go unchallenged, she gathered a handful of snow and mounded it into a tight ball.

"She's not going to throw that at Mr. Graves?" Peter sounded equally panicked.

"Yes, she is!" Parker's eyes shone with admiration as Maeve stood and aimed.

I also loved the rules that kept cropping up.

I loved, loved, loved everything about this story from the kids, to the snow, to the romance.

You know when you see Shelley's name you know you're in for a great story. I think this is her best ever!

Shelley is quickly becoming a regular in Woman's World and for good reason. This was another great story. I knew the baby would be a girl and I guessed the name would be Penelope!

I analyze the 5-minute romance stories and post my observations and personal opinions. From time to time, I will skip stories because I'm looking for "teaching moments," and not all stories lend themselves toward that. I think you'll get the most out of it if you have a copy of the story to refer to, but people outside of the U.S. have told me that they still find the blog helpful even though they can't get the magazine where they live.