When the Time Is Right 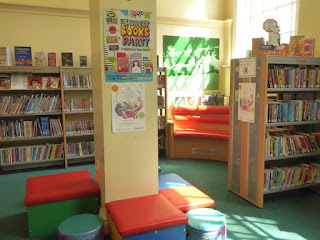 Tagline: Jason doesn't know if he and his daughter are ready for a new woman in their lives, until a charming librarian leaves no room for doubt.

Observations: I loved this story. I love how Palmer handled Jason's uncertainty about re-entering the dating world. We immediately felt for him and understood his decision to stop dating her. I even respected him for being up front with her and not weaseling out of the conversation or ghosting her.

I loved this line:

Ha! Kids can come up with such zingers.

The idea of having a Daddy Daughter Hair Styling event to celebrate Father's Day was new and fantastic. I wish I'd thought of it.

I really got a case of warm fuzzies at the end.

I searched for individual details I could point out to help you craft a winner like this one, but I could only come up with one thing. The thing that really grounds this story is the character of Jason and how he is portrayed as a caring single dad, a widower who is trying to navigate his new normal, a man of honor and humility and last but not least, budding hair styling skills. If you can create a three-dimensional character like Jason for your story and make the readers (and editors) care about him/her, you'll be well on your way to writing a story they'll want to buy.
Posted by Kate Willoughby 4 comments: 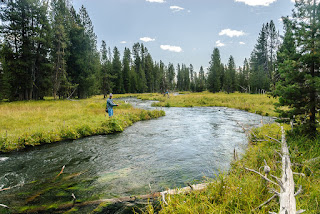 Tagline: When Isabel heads to the river to try her hand at fly-fishing, she never expects her catch-of-the-day will be a new chance at love.

A Garden of Lasting Love 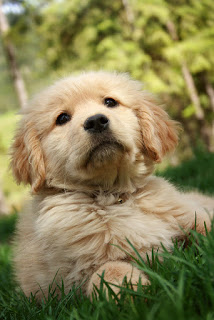 by Christine Greifzu from the May 4, 2020 issue

Tagline: After a puppy tears through her freshly planted flowers, Michelle finds romance blooming between her and the pup's handsome owner.

Observations: I don't have that much to share this week but I wanted to point out some fantastic verbs the author used in this story. Sparkling verbs are a wonderful and succinct way to liven up your prose.

"Barney, come here!" He dashed after the pup, who darted band and forth playfully. Small chunks of grass erupted from the lawn as the lively game of cat and mouse continued.

Suddenly, the man snagged the leash trailing behind the dog and scooped him into his arms. Turning to face Michelle, he stared at her aghast. "I'm so sorry...before I knew what happened, he'd yanked the leash from my grip. Look at this mess!"

See what a vivid picture the author painted? You can really envision this scene unfolding. 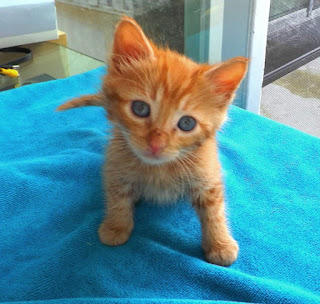 Tagline: After her cat brings home a stray kitten, Milly links up with her neighbor, Brady, to search for its mother...and finds a new chance at love in the process.

Observations: In my Basics Class, I talk about several ways to come up with story ideas. One of them is to think of a problem for your character and then write the story of how he/she solves it--and finds "a new chance at love in the process," as the tagline for this story says. Cooper does this in spades with this adorable story.

Milly's problem is that she can't finish painting her kitchen because she's too short to reach the top corner, even with her ladder. Great. But then you read about Milly's second problem--her cat brings home a newborn kitten. (I found this adorable, by the way.) And Milly has a third problem--a neighbor who was a "rather rough-looking man who played loud music and came and went at all hours."

This story was so stuffed with problems and cuteness that by the time I was reading the ending, I'd forgotten that Milly was trying to paint her kitchen, so when the hero noticed the paint smear on her nose, I was as surprised as Milly was.

Cooper also surprised me by stowing the mother cat under the porch. I was trying to figure out where the kitten had come from myself and coming up empty. This might be because in Southern California, most of the houses just sit on a slab. Either way, I love being surprised by stories.

Let me know in the comments how you felt about the ending.

by Christine Hauray Gilbert from the March 16, 2020 issue 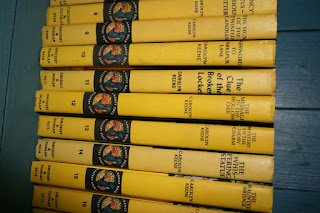 Tagline: Bookstore clerk Lisa Hiltz is convinced that romance just isn't in the cards for her...until a new chance at love walks through the door.

Observations: I really liked the premise of the uncle looking for Nancy Drew books for his niece. I went through a Nancy Drew period when I was in sixth grade. My teacher had quite a collection in the classroom library. I don't think I ever read them all.

I liked the description of the weather. It made me feel like I was in someplace that gets snow. (I live in Southern California. LOL)

I did get pulled out of the story a couple of times. From a safety standpoint, it's not wise to display last names on nametags. I have to wear a nametag at work and honestly, it sometimes creeps me out when complete strangers use my name and act as if we're friends. I also wondered how she would order books if the entire store ran on donations.

But other than that, I liked the bookending of her dismissing the self-help book at the beginning and her revisiting that decision at the end. Sometimes bookending can appear forced. This one didn't. 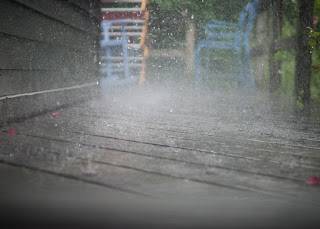 Tagline: On the eve of a big move, Violet gets a surprise visit from her friend[,] Mac...and learns that home is where the heart is, and her heart is with him.

Observations: It's doesn't take a lot to create setting in these short stories, so I thought I'd point out the small things that contributed to our feeling comfortable in Jasper Creek.

Five things. That's all it took. This is good news, because as you all know, we only have 800 words to tell a great story and setting is often an important part, so nice to know crafting a setting doesn't take too much. 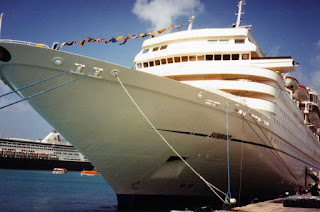 Tagline: Romance is the last thing Sam expects after a snowy fender-bender...but when she meets the other driver, it's clear that fate has other plans.

Observations: Well, I caused a fender-bender before, but it didn't turn out like this. LOL

Because Sally is working on a novel and looking for some feedback on it, I know she's the type of person who appreciates constructive criticism, which is why I'm going to post my thoughts about this story.

I liked the set-up of the fender-bender and how gallant and understanding Mark was about it. In the fender-bender that I mentioned, the driver came out of the car furious. In my opinion, her anger level was way out of proportion for the tap I gave her bumper, but that was a long time ago. I'm over it! LOL

I liked seeing that Sam's hard work at the gym had paid off and that she liked what she saw in the mirror, but this paragraph actually pulled me out of the story momentarily and left me wondering how old Sam was.

But when she got home and tried it on again, she immediately put it back in the bag, thankful she'd kept the receipt. What was she thinking, buying a bikini at her age?

Not knowing her age is a small thing and you do not have to mention the ages of your characters in these stories. However, because age was an issue to Sam, it became an issue to me. If Sam is on the younger side, then I would be a little disappointed that her self-esteem didn't remain strong. If she's more my age, then I can understand her doubt a little better. Either way, I was left wondering. It's better to cover all your bases so the reader can enjoy your story without stopping to puzzle things out.

I did appreciate that Sam's self-esteem was revived with this sentence:

They'd both been hesitant about going on a singles' cruise, but since her meeting with the stranger in the parking lot, Sam felt she might be ready to get back into dating.

If you have read enough Woman's World stories, I'm sure you already predicted that she would see Mark on her cruise. Coincidences like this are not uncommon or unwelcome in the magazine.

When Mark took her into his arms to dance, I again wondered how old she was and how old the other passengers were, because single people don't usually touch while dancing, unless it's a slow dance.

Her heart was beating so loudly[,] she was sure he'd hear it. When it ended, he held her for a beat longer as he gazed into her eyes.

As the story stands, it's unclear what the blue "it" refers to, the music or the dance. If we get really technical, it probably actually refers to her heartbeat, because that's what the red "it" refers to.

Even so, this was a darling story that made me smile and makes me want to go on a cruise, viruses be damned. LOL
Posted by Kate Willoughby 5 comments:

Every week I analyze the romance stories and post my observations and personal opinions. I think you'll get the most out of it if you have a copy of the story to refer to, but people outside of the U.S. have told me that they still find the blog helpful even though they can't get the magazine where they live.