The Best Bargain Ever 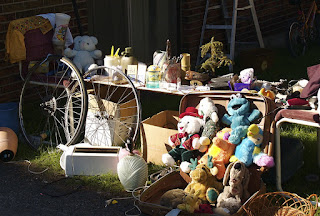 Tagline: Thrifting with her best friend, Jackie isn't looking for anything special...until she finds herself face-to-face with a fascinating find she can't resist.

Lenora was a hilarious secondary character. I loved the humor the friends shared--it makes the characters more realistic. Anytime you have two people who have been friends for a long time, they laugh together. They probably order each other around like Lenora does with Jackie. They help each other with projects, like furnishing a new house.

I loved the misunderstanding in the story even though I saw it the moment she spotted the plant stand inside the garage.

Attoun did some great foreshadowing.

She shows you in that little mini-scene that some sellers didn't have time to price their merchandise so that it makes sense later when Jackie mistakenly assumes the owner of the plant stand was in a similar situation.

He's wearing a T-shirt from the Prairie Kitchen restaurant, one of Jackie's favorite eateries and then we find out his daughter is the owner, which gives them a talking point.

I also loved how she didn't overdo the physical attraction, limiting it to a shiver and a fluttery feeling. To me, these understated reactions are more natural, less purple prose-y. But your mileage may vary. :)

A Spark of New Love 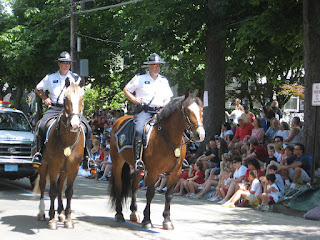 by Dorothy Wills-Raftery from the July 4, 2022 issue

Tagline: When Cassie returns to her hometown for the Fourth of July, she never expects an old flame to show up...and reignite a decades-old passion.

Observations: I've worked with Ms. Wills-Raftery on several stories and seeing this in print makes me so proud! I love seeing what improvements she made and there are two places in this story that I absolutely loved.

The paragraph where she describes the actual parade is so thorough and concise. I really felt like I was getting hit by all five senses, like I was really there.

And the ending was so good. She really wrapped it up in a warm, fuzzy bow. Great job, Dorothy!!!

Once upon a Summer 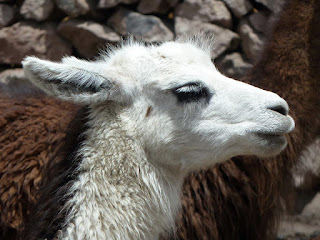 Tagline: When Brooke sees a pair of visitors trooping up to the gates of her petting zoo, she never expects the spark of an old flame to ignite into new love.

SoC Observations: Stream of Consciousness Observations is where I just type my thoughts as I have them while reading the story. If you don't want to see my honest thoughts--positive and negative--stop reading now. No, really.

1. I like all the info in the first paragraph, but this second sentence is a doozy that maybe should have been broken up.

These days, it was a win if a handful of people came each day, but even though the park wasn't as busy as it used to be, Brooke put a lot of work into keeping it going...work that, it seemed, would maybe pay off this year, as the zoo's first pair of visitors made their way toward the gates.

2. I am not a particularly skilled business woman, but if she's struggling to keep the place afloat, she should not be giving away free train rides.

4. I like the memories they bring up. It makes it seem like it was a really fun summer.

5. Aww, he wrote letters to her but was too nervous to send them. That's sweet but most teens in the early 2000s would never think to write a letter.

6. I'm finding it a wee bit hard to believe he kept the letters all this time.

7. I love how she's supposed to check the yes box. Hilariously realistic.

8. Again, my layman business woman brain says, letting someone else drive the train would certainly be counter to any insurance she has for the zoo.

Is it possible that people read this story and had no qualms about it whatsoever? It's not only possible, it's probable. However, it is in my DNA to be detail-oriented. I literally cannot stop my brain from noticing these things and I think it's a good quality for an editor. As a writer, I much prefer to catch these things before readers (or editors) do. 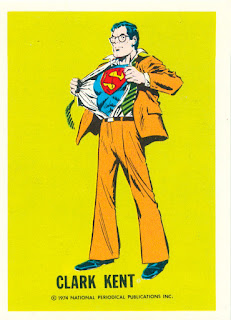 Observations: Well, I seem to have skipped a couple of issues. LOL Sorry about that. I have a lot going on right now at my real life job and my personal life, plus I just got Covid. <sighs> Again. I had no symptoms the first time it got me. This time, I was not so lucky.

I thought this story was fun. I love the idea of having a friend who entertains on a regular basis, with themes! She sounds like a fun friend. It makes me wonder if this fictional friend subscribes to Woman's World, because she'd find all the party theme ideas she could ever want there. LOL

I wanted to point out something Joyce did that can help with word count. I've said in my class (click here for more info about it) that if your stories are running too long, one solution is to skimp on physical descriptions. Here, Joyce describes the hero this way:

When we were teens, he was as think as spaghetti, and just my type: cute, in that nerdy way with this black-framed glasses and short hair. Now he's more Clark Kent behind his specs.. He's filled out, his broad chest prominently on display in a blue polo.

Now, that's actually quite a bit of wordage, so maybe that's not the perfect example of brevity I was looking for, but my point--using a famous person as shorthand--will still work. When you identify a well-known person, like Clark Kent, readers will immediately have an image of that person in mind, which means you don't have to go into additional detail. In this example, Joyce does go into further detail, but she's a seasoned pro who has little trouble staying within 800 words.

A Second Chance at Romance 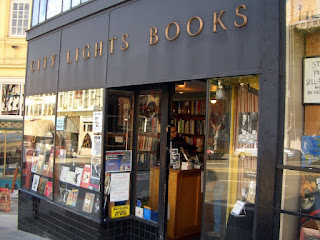 Tagline: When her daughter invites her to a poetry reading, Ellie is shocked to find an old flame waiting for her...and a new chance at love.

Observations: Well, of course Mary Ann Joyce (along with Rakel Joyce) has given us a wonderful story. She is such a skilled writer. You can see it just in this one paragraph where she sees her first love again for the first time in 20+ years...

As Hannah stepped into the bookstore for a night of poetry days later, she stopped suddenly. There, sitting at a small table, was Ethan. His black hair had just the right amount of silver flecks. Suddenly, he looked Hannah's way, and behind his dark-rimmed glasses, she could see his expression change. His half-smile and the butterflies that immediately filled her stomach were exactly as she remembered them.

If you look carefully, you'll see a detailed description of our hero, along with a delicious moment of hope, nostalgia and anticipation as he recognizes Hannah. You've got to get your words to work double-duty because you have so few of them to work with.

This is a perfect second chance story and I encourage you to keep this in a file somewhere for reference.

Love Is in the Air 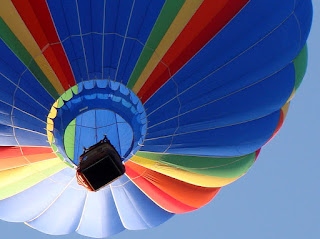 Tagline: When a stranger shows up to fly in her hot-air balloon, Sophia finds herself floating toward a second shot at love.

Observations: This was a delightfully original story. I've never encountered a hot-air balloon in a Woman's World romance, so that was refreshing. I also loved how Lanier threw some obstacles to love in there that the heroine (and the reader!) thought were insurmountable.

On the Road to Forever 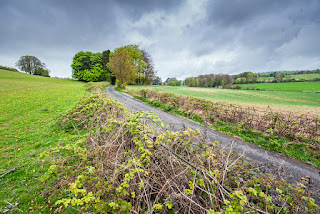 Tagline: After popping a tire on a country road in her hometown, Merrilee is sure she's out of luck...until a familiar face arrives to save the day.

Observations: This story left me feeling warm inside. Robinson set the scene of a country road on a warm summer day so well. And when she got to the hero's "grand entrance," I was a goner.

The truck door slammed, the driver coming toward her, the sun at his back, casting him in a golden glow.

I mean, come on! That's such a perfect image.

Also, there are so many warm fuzzies regarding her dad's garage and her feeling the nostalgia of returning to the place where she'd made so many happy memories with him just added to the perfection of this story.

Then there's the ending. I'm literally getting goosebumps reading it again.

They climbed into her car, rolled down the windows and, just like old times, drove down the country road into the sunset with wind in their hair, and the promise of love in their hearts.

If you want an example of how to craft a perfect Woman's World 5-Minute romance, read this one again.

My name is Kate Willoughby. I have sold 13 romance stories to Woman's World magazine. This blog is intended to help others sell to them too.

I analyze the 5-minute romance stories and post my observations and personal opinions. From time to time, I will skip stories because I'm looking for "teaching moments," and not all stories lend themselves toward that. I think you'll get the most out of it if you have a copy of the story to refer to, but people outside of the U.S. have told me that they still find the blog helpful even though they can't get the magazine where they live.

For info about my workshops or editing services, click on the links in the sidebar. 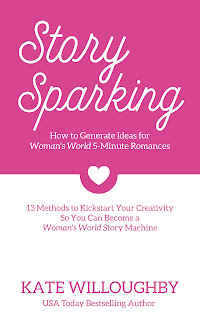